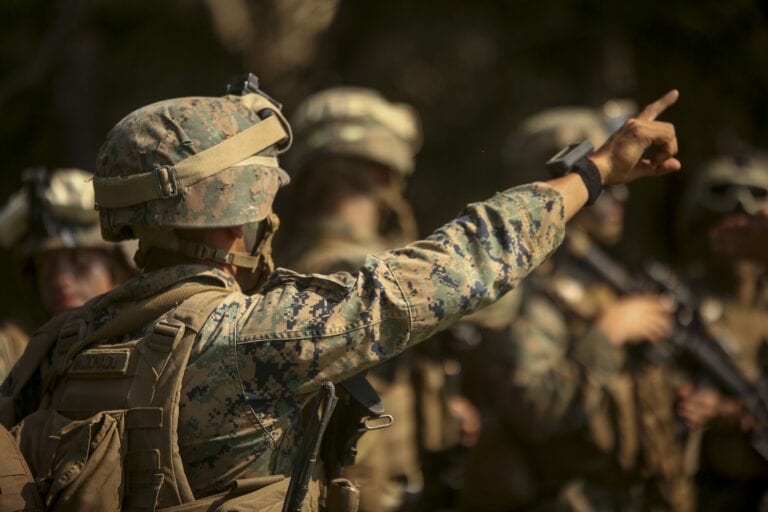 The Threat of EMP Attack is Very Real10 min read

Home » Report » The Threat of EMP Attack is Very Real

As we commemorate the 78th anniversary of the Japanese surprise attack on the U.S. Pacific Fleet at Pearl Harbor, which heralded America’s formal entry into the Second World War, we must remember that the threat of a far more devastating surprise attack upon the U.S. homeland remains very real. The Commission to Assess the Threat to the United States from EMP Attack, also known as the Congressional EMP Commission, comprising the foremost experts in the Free World, warned in 2004 that “Several potential adversaries have or can acquire the capability to attack the United States with a high-altitude nuclear weapon-generated electromagnetic pulse (EMP). A determined adversary can achieve an EMP attack capability without having a high level of sophistication…It has the capability to produce significant damage to critical infrastructure and thus to the very fabric of U.S. society, as well as to the ability of the United States and Western nations to project influence and military power.” This author previously warned about this catastrophic threat to the U.S. in an article entitled “America’s Achilles’ Heel: An EMP Attack” published in the National Interest back in June 2018.

Over the past decade, support for protecting America against the existential threat of EMP attack has been overwhelmingly bipartisan. For example, in 2010, the Democrat controlled House of Representatives passed the GRID Act by a unanimous vote, which, had it been approved by the U.S. Senate, would have provided $2 billion to harden our nation’s electrical power grid against the twin threats of EMP attack and super solar-storms. The subsequent Critical Infrastructure Protection Act also passed in 2017 with strong bipartisan support.

Disregarding this overwhelming bipartisan consensus regarding the threat of an EMP attack, freelance reporter Matthew Gault argues in a 2016 editorial that the threat of EMP is not real. He further claims that EMP weapons have never been tested before, so no one knows whether or not they would have the disastrous effects national security experts say they would. However, these dubious assertions are contested by virtually all of America’s top national defense and intelligence experts, as well as the bipartisan Congressional EMP Commission. This is noted in another National Interest article entitled “Millions of Americans Could Die: Are We Ready for an EMP Attack?”, where they state that a comprehensive EMP attack could very well constitute a nation-ending event.

In another article entitled, “Defense Adviser Gets It Wrong on EMP,” Dr. Peter Pry, the former Chief of Staff of the Congressional EMP Commission and one of the top nuclear/EMP experts in the nation, identifies a number of faulty assumptions in Mr. Gault’s article. Pry states that the author and Dr. Peter Singer, who is cited in the article, “do not appear to understand a high-altitude EMP attack would happen exo-atmospherically, in outer space, so there would be no blast, thermal, or fallout effects on the ground, only the EMP. So their arguments that blast and other nuclear effects would be worse than EMP are nonsensical.”

Dr. Pry also points out that “they wrongly assert a high-yield thermonuclear weapon is necessary for EMP attack. The EMP Commission found any nuclear weapon, even a primitive weapon that terrorists might build, is a potential EMP threat. Indeed, the greatest EMP threat is from super-EMP nuclear weapons, that are very low-yield, designed to produce gamma rays that generate the EMP effect, not make a big explosion.” According to Dr. Pry, “The yield of a Super-EMP weapon can be very low—10 KT (kilotons, or TNT equivalent explosive power) or much less, but it could generate much higher EMP fields (100–200 KV/meter) than a 25 MT (Megaton) weapon (50 KV/meter) of conventional design.”

Perhaps the most erroneous claim made in Mr. Gault’s article is that “North Korea does not yet…possess a missile that can carry a nuclear weapon…to the United States.” As Dr. Pry points out in his article, “the Defense Department 2015 report Military and Security Developments Involving the Democratic People’s Republic of North Korea warns that North Korea now has nuclear-armed mobile ICBMs, the KN-08 and KN-14, that can strike the United States.” Pry adds that “the EMP Commission, South Korean military intelligence, and China have warned that North Korea probably has super-EMP weapons.”

He notes that on October 12, 2017 in “North Korea Nuclear EMP Attack: An Existential Threat,” EMP Commission Chairman Dr. William Graham warned Congress: “An EMP attack might be made by a North Korean satellite, right now. A Super-EMP weapon could be relatively small and lightweight, and could fit inside North Korea’s Kwangmyongsong-3 (KMS-3) and Kwangmyongsong-4 (KMS-4) satellites. These two satellites presently orbit over the United States…The south polar trajectory of KMS-3 and KMS-4 evades U.S. Ballistic Missile Early Warning Radars and National Missile Defenses.” Dr. Pry states that North Korea could detonate their super-EMP satellites remotely via an encoded signal. Such an attack would likely be impossible to trace, and thus U.S. leaders would likely have no idea who attacked us or which country to retaliate against. Russia and the People’s Republic of China (PRC) are believed to have such weapons in orbit over the United States as well.

Pry continues in his remarks that, contrary to their assertions that EMP effects can only occur at some unknown spot in the atmosphere, “any nuclear detonation at an altitude of thirty kilometers or higher will generate EMP.” In rebuttal to their claim that, “EMP effects are unreliable and have never been tested,” Dr. Pry states that “EMP and its effects have been tested for over fifty years and are better understood than the efficacy of cyber warfare.” While Dr. Singer claims that a sophisticated ICBM is necessary to conduct an EMP attack, the EMP Commission has stated that they can be delivered through a variety of means including satellites, long- or medium-range missile; short-range missiles launched from a freighter; from some cruise missiles and anti-ship missiles; from jets or a commercial jetliner; or a meteorological balloon. Furthermore, a ballistic missile equipped with a super-EMP payload would not need to be accurate and would not require a re-entry vehicle, heat shield or shock absorbers.

Finally, in an attempt to mistakenly project Western thinking onto our enemies, Mr. Gault mistakenly asserts that no nation would ever perform an EMP attack because it would result in a nuclear war. However, as Dr. Pry points out, a study of Russian, Chinese, North Korean and Iranian military doctrines all make clear that they do not view a low-yield super-EMP weapon as a nuclear attack but rather they view it as part of a cyberwar operation that could achieve a decisive victory over the United States and its allies at minimal cost to themselves. Thus their presumed threshold for resorting to such weapons would be much lower than ours if the United States. processed them.

National security correspondent Bill Gertz published an article in the Washington Free Beacon back in January entitled “China, Russia Building Super-EMP Bombs for ‘Blackout Warfare.” In it, he reports that “Several nations, including China and Russia, are building powerful nuclear bombs designed to produce super-electromagnetic pulse (EMP) waves capable of devastating all electronics—from computers to electric grids—for hundreds of miles, according to a newly-released congressional study.” This study, entitled “Nuclear EMP Attack Scenarios and Combined-Arms Cyber Warfare,” was written by the EMP Commission. “Nuclear EMP attack is part of the military doctrines, plans, and exercises of Russia, China, North Korea, and Iran for a revolutionary new way of warfare against military forces and civilian critical infrastructures by cyber, sabotage, and EMP,” the study states. Gertz further reports that Russia has adopted a new nuclear strategy called “escalate to de-escalate” a conflict with nuclear arms that the report suggests is tailored to space-based EMP attacks. The attacks are regarded by enemy military planners as a relatively easy, potentially unattributable means of inflicting mass destruction and forcing opponents to capitulate.

Gertz writes that “In a major conflict with either China or Russia, the first shot in the war could be a space burst of a super EMP weapon designed to knock out U.S. nuclear command and control and weapons.” Citing the study, he adds, “A super-EMP warhead, in the possession of Russia or North Korea, could put at risk the best protected U.S. assets, even threatening the survival of the U.S. nuclear deterrent.” Gertz cites this recently-declassified EMP Commission study as stating that one or more Russian nuclear missile submarines could utilize a relatively small number of super-EMP weapons in a surprise attack to paralyze U.S. strategic and conventional forces and blackout the national grid, knocking out US national missile defenses, the Pentagon command center, NORAD, U.S. nuclear bombers, and U.S. nuclear submarine bases. Such a comprehensive super-EMP attack could be executed with very little warning in as little as several minutes from launch. Super-EMP warheads detonated in outer space would leave no bomb debris for forensic analysis and thus could destroy U.S. critical infrastructures and kill tens of millions of Americans anonymously. The study also states that such attacks could also be used by the Russians to defeat NATO and occupy much of Europe or by the PRC to knock out Taiwanese defenses and U.S. aircraft carrier groups to ensure the success of a hypothetical Chinese amphibious invasion of Taiwan.

The EMP Commission has published a number of reports concluding that, in the event of a comprehensive EMP attack on the U.S. homeland, up to 90 percent of the U.S. population would die within a year due to a widespread breakdown of the food distribution system resulting in mass starvation and an epidemic of starvation-related diseases and related adverse effects. In his article, Mr. Gault ridicules this estimate as vastly overstated. But certainly, any threat potentially capable of causing tens of millions of Americans to die cannot be said to “exist only in our minds” as Mr. Gault would like us to believe.

No one wants world peace more than this author, having recently published a global peace proposal earlier this year and a subsequent more comprehensive version here which would entail the U.S. making substantial concessions to Russia and/or the PRC while rebuilding America’s defenses in order to help ensure a just and lasting great power peace and successfully avert a Third World War. However, just as it was folly for past U.S. leaders to believe that America’s enemies would not or could not attack us before Pearl Harbor, it would be the height of folly for us to stick our heads in the sand and pretend existential threats like EMP and nuclear missile attack do not exist, which is why EMP threat deniers such as Mr. Gault and Dr. Singer must not be heeded. This is particularly the case when America’s enemies, beginning with Russia, have been successful in developing super-EMP weapons for the purpose of winning a hypothetical war against the U.S. in the belief that they could succeed in crippling America’s ability to retaliate with its nuclear deterrent and thus deliver a knock-out blow at low-risk to themselves.

Of all the potential existential threats facing the United States attack including a full-scale nuclear war or the overhyped unproven threat of man-made climate change, allegedly requiring a New Green Deal estimated to cost $95 trillion, EMP attack is undoubtedly the most affordable to defend against with the cost of hardening the U.S. electrical power grid estimated at only $2 billion. It is imperative that U.S. leaders act quickly to rebuild America’s shrinking nuclear arsenal, deploy a comprehensive national missile defense system and harden our electrical power grid against EMP attack to defend our great nation from nuclear missile/EMP attack and deter our enemies from ever attempting such nuclear aggression. It is also important that the U.S. develop its own super-EMP weapons to provide a more flexible response which could more credibly deter their use against us.

Want periodic updates on our progress?

Sign the Petition
Donate
Want to stay up to date on this issue?
Subscribe here for periodic updates.